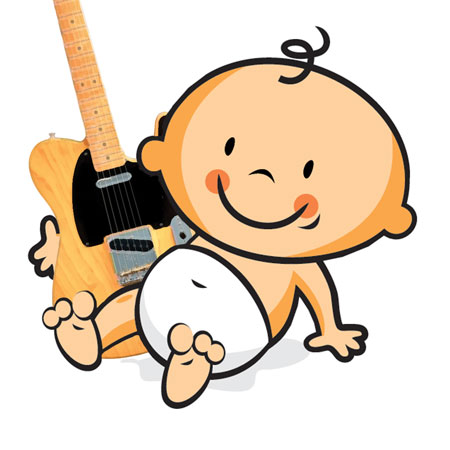 A toddler was recently caught with a Telecaster on which he was attempting to play a Florida Georgia Line song. Luckily it wasn’t plugged in and no auditory, cranial or gastrointestinal distress was experienced by anyone nearby.

“I only left him alone for a minute,” the father said, claiming he had just walked outside to take a picture of his pickup truck and his tractor and his bros to post to his Facebook page, leaving the toddler unattended in the same room with the guitar.

The instrument, which was unregistered, is being held by the Country Music Police pending further investigation. The toddler is undergoing therapy at the Merle Haggard Institute for the Musically Impaired. 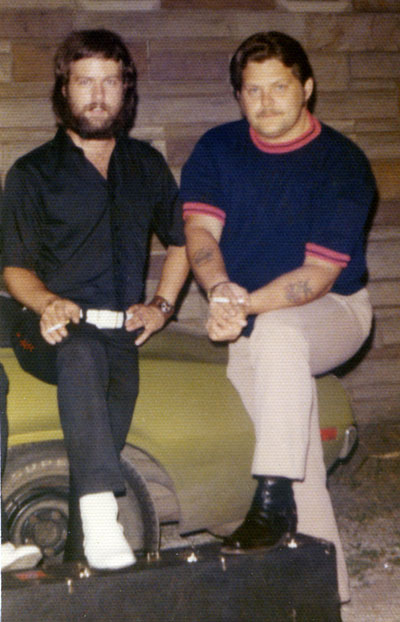 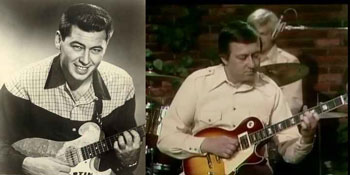 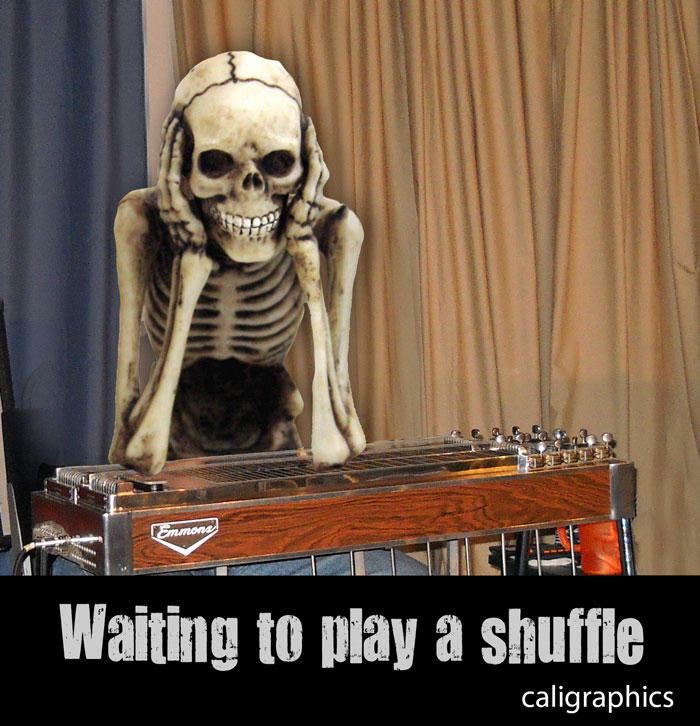 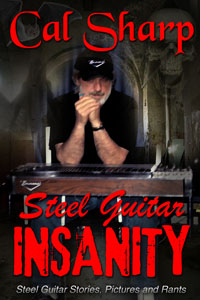 Big news, boys and girls. I took all the posts from this blog, plus the various music articles I’ve written over the years, arranged them into some semblance of order, and produced an ebook, available at Smashwords, Amazon and other fine book stores.

The bass player, who was just subbing and didn’t know what to expect, called “Mama Tried” and waited for the intro. The guy with the guitar just looked him like a cow looking at a new gate. “I don’t know it,” he said, and the bass player began to suspect that he was in for a long night.

Wichita played on top of me all the time. And on top of the vocals, and the piano, and anyone else who happened to be playing with us. If there was a way to play on top of the bass and drums he would do that, too. He just didn’t grasp the concepts of solos, fills, comping and rhythm. The most important concept to me in this kind of playing situation was laying out, and he didn’t have a clue about that, either, although he did give me a break when he was lighting a cigarette or thumbing through the huge country music bible on the music stand in front of him to select his next song. He had to read the lyrics to songs he’d been doing for 30 years.

Wichita didn’t know any intros, solos or standard country licks, despite owning a guitar and playing in bars for maybe 40 years. “Workin’ Man Blues”, “Highway 40 Blues”, “Thanks A Lot”, “Old Habits” – never mind. He did know couple generic intros, but he didn’t know how to count them off. I showed him “Old Habits” once, but he couldn’t get it. We had a girl singer who sat in with us once in a while and did “Satin Sheets”, and after 5 or 6 years he figured out a version of the intro, enough to get us into the song. He’s the only guy with a guitar I ever worked with who didn’t play the signature lick when we did an Ernest Tubb song.

Wichita could get a lot of sounds out of his guitar – bird sounds, airplane sounds, finger scrapes, submarine sounds… But no guitar sounds. No Grady Martin, no Roy Nichols, no Chet Atkins. Wich was a true original; he had his own unique sound, unequaled and unmatched to this day. Shrill and metallic with lots and lots of reverb, echo and chorus, and no bottom, and he never changed it all night long, whether we were playing “Johnny B. Goode” or “Help Me Make It Through the Night”. Sometimes when he’d be playing his version of rhythm up the neck on the high strings it sounded exactly like a tambourine.

Musical talent, of lack thereof, manifests itself in many diverse ways, and Wichita couldn’t play in tune yet he could sing perfectly on pitch. He usually tuned up once a night before the gig, but it didn’t do any good. He always sounded like an Apache raid on a Chinese laundry. Somebody in the band would check Wich’s tuning on the break once in a while, and it was usually close, and when a real guitar player sat in on his guitar it sounded fine. He was just bending the strings out of tune. He couldn’t play a guitar, but he could smite it.

I’ve tried to learn something from every guitar player I’ve ever worked with, and what I learned from Wichita was to trust my ears a little more. When I first started working with him the band always sounded out of tune, and I was checking my tuning all night until I realized we sounded fine when Wich stopped abusing his guitar to light a cigarette or take a sip of beer. I used to wonder if spending too much time on the bandstand with this guy would destroy my sense of pitch.

Wichita had a house full of cats, and the pervasive odor of their litter box clung to him and his clothes and his equipment. Apparently his bathing and laundry habits were less than exemplary. I used to sneak up behind him on stage and spray him with air freshener.

You might wonder why I even worked with ol’ Wichita. Well, it was an easy gig in town, and we played the same places all the time and I could leave my equipment set up. The guys in the band were easy to get along with and we did classic country. It wasn’t the worst gig I ever had, but it was the worst band I ever played with. 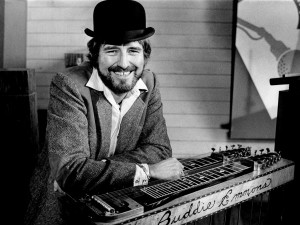 In June of 1955, the best band in country music belonged to one James Cecil Dickens, better known then and now as Little Jimmy Dickens.

On the first day of July 1955, that band got better, thanks to the addition of an 18-year-old, Midwest-reared hotshot pedal steel guitar player named Buddy Emmons. Dickens found Emmons while on tour in Detroit, and quickly hired him to replace another outstanding steeler, Walter Haynes, who had given notice that he wanted to get off the road. More in the Tennessean. 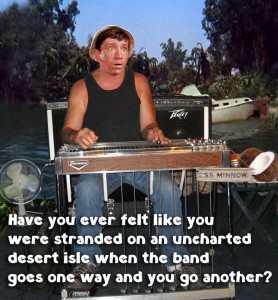