The lovely, personable and talented Judi Martin used to preside over a whole slew of jam sessions and talent contests in the clubs around Nashville a few years ago, and she even put out her own magazine. I was a staff writer. 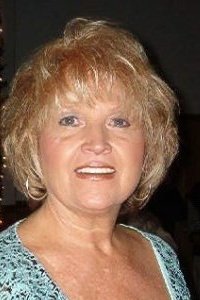 The lovely, personable and talented Judi Martin used to preside over a whole slew of jam sessions and talent contests in the clubs around Nashville a few years ago, and she even put out her own magazine, Judi Martin’s Country Inside & Out. I was a staff writer. From the May, 1993 edition:

Judi Martin’s Country – Inside & Out magazine has been a thought in the back of my mind for years. In the 17 years I’ve been in Nashville, I have hosted talent contests, jam sessions, benefits, hosted both a live radio show for new talent and a cable television show featuring new talent.

There is so much talent in Nashville and so much for tourists to see and do. My goal is to promote Nashville and try to focus on all aspects of the music industry.

There will be a lot of little things to change over the months ahead, but I am willing to learn as I go. I want you to give me any suggestions you think would make this a better magazine. I want it to have a personal touch. I love Nashville and one of the things I try to tell everyone I meet is that we are all here for the same reason – music!

To all of you who have followed me around for so many years and been there for me and my family in some rather difficult times, I thank you from the bottom of my heart. To all of you that I have not yet been privileged to meet-welcome to Nashville and I hope you will join us real soon at a jam or talent contest. I am just a phone call away if I can answer any questions for you.

Be sure that you keep your phone number and address current with me if you are a musician or singer and looking for work!

Up until 1980 or so, there was a lot of jamming going on in Nashville. Bass players and drummers would finish a set with hands so tired from playing thirty or forty choruses of “C-Jam Blues” or “Billie’s Bounce” at Mach 2 that they could barely open a beer. When two or three guitar players and a dance floor full of steel players all get to solo until they run out of licks or break a string, it can really wear a rhythm section out. But there was usually someone waiting for a chance to sit in, and you could take a break, grab a drink, play a little pinball, and be ready to go all night.

Jam sessions were fun. You made your money backing up singers in studios and on long road trips with sometimes questionable musicians. But at a jam session, you could get creative on some instrumentals and play whatever you wanted, or whatever you were capable of, with musicians you admired. Jazz standards, western swing, big band numbers … anything that swung and had a groove. You could play a whole-tone scale without worrying about someone giving you the hairy eyeball.

Sometimes a singer would get up, if one of the musicians knew him and he promised to do some good songs and not sing over your fills, and the band might trick him and launch into a string of double-time solos in the middle of a ballad and he’d need a country music map to fill the last verse.

When the Opry was still downtown and before Lower Broad went to hell, jam sessions like this used to go on all the time; in the clubs on Lower Broad, at the old Sho-Bud store, backstage at the Opry, in hotels during the annual DJ convention … you could park your car downtown and walk to these places and see guys like Buddy Emmons, Jimmy Bryant, Doug Jernigan, and Paul Franklin. It was great. You could learn more about your axe in one night than you could learn in a year’s worth of music lessons back home with Miss Poultice, and tourists and musicians from out-of-town would go home bragging about all the hot picking they had heard from the Nashville cats.

But it’s not happening much anymore. Some of the older players have retired or died. Some had too much fun back then and have to take it easy these days. Some only play now when there is a time card around to sign. To find picking like you used to hear all the time here in town, you pretty much have to go to one of the steel guitar conventions in Dallas or St. Louis.

It’s too bad that more of Music City’s hot musicians aren’t burning up the clubs anymore, but maybe they have to be up early for a ten o’clock to make a payment on their BMW. Or maybe they showed up at a couple of clubs and thought it looked too much like what they’d been paid to do all day. Or maybe they got stuck at the last jam session with some bass holder who should have been arrested by the Country Music Police for loitering in front of an amp.

These days a jam session is a bunch of singers in hats and striped shirts hoping somebody in the audience will sign them to a record deal. Every girl sings “Crazy,” and the band is supposed to know every song in the world, even the one that somebody just wrote in the bathroom during a sudden flash (or flush!) of inspiration. You hardly ever hear an instrumental, I guess because the band is so worn out backing up all the Garth and Reba wannabees, and there are not nearly enough shuffles being played. A lot of singers wouldn’t know a C-sharp from a flat tire, and they think all it takes to be successful in the music business is nice hair and a financial backer.

Once in a while, a group of good players might happen to wander up on stage all at the same time and start swinging, but then some slug will get up and play “Guns ‘n’ Roses” volume and some germ will want to sing some commercial piece of drek that everybody is sick of playing, and some drunk in the crowd will holler for rock ‘n’ roll. Hey, just sit there and be quiet, Mr. Beer-and-a-Shot, and enjoy the music and buy the band a round.

In the good old days, guitar slingers prowled the streets, deadeye steel players lurked in the shadows, and a jam session could break out anytime someone pulled a Telecaster on you. But today, it seems that you have to organize the thing and advertise it, and spend time on the phone to get anybody to come out. And it’s great that Judi Martin and one or two others are doing that. It’s not like the old days, but what the hell … you can hang out, show off your latest lick, get a job, and stuff yourself with free popcorn if it’s been a long time between Krystals. Be sure to listen to the radio a lot before you show up, but don’t waste your time learning the changes to “All the Things You Are,” because chances are slim that anyone will know them.

or inflict it on innocent musicians. We let a guy sit in with us one night and he did kinda OK. He wasn’t a professional level player by any means, and he played where he shouldn’t have on some songs, but he did have his own band and they played a gig every once in a while. He was a friend of ours and were just being nice, really.

Well, we got to that dreaded point in the night where we had to play “Swingin’”. The way we had it arranged, toward the middle of the song the guitar would play an 8-bar solo and then the singer would come back in on the 4 chord. Then the same deal with the piano and then me. So, by now we’ve done this little rigamarole three times and then we let our sit-in have his turn and what does he do? He plays his 8 bars and then a few more and keeps on going, stomping all over the vocals with his dazzling mediocrity. Being the experienced been-there-before pickers that we were, we covered nicely for him and avoided a train wreck, but Holy Cow, if he couldn’t figure out what he was supposed to do after hearing us do it Three Times Mister, he shoulda sold me his axe real cheap and gone home and found another hobby before someone called the Country Music Police on his ass.